It never ends. Recent changes in R-devel (the development version of R) caused a couple of errors on the CRAN check server farm. Such errors are taken very seriously by the CRAN team and in order to retain 'Luminescence' on CRAN we had to act. So here is another version of 'Luminescence' (now 0.9.10). 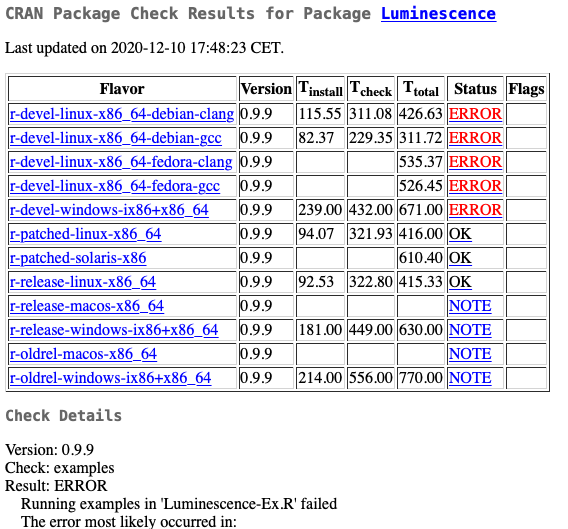 Special thanks to Thomas Kolb who spotted a complex bug we introduced accidentally in version v0.9.9; the bug prevented the function Luminescence::analyse_SAR.CWOSL() from working properly.

All news can be found here.