With the beginning of the new year 2018, we are lifting our R package up to version 0.8.0 CRAN. We are thankful for all the helpful suggestions and comments we received over time. Although this major update comes with some new functions, we focused our efforts on stability and reliability of the code. Below we want to highlight some of the new features. For a full list of changes and particularly the bug fixes, please check the news on the CRAN website here.

Reliably estimating the environmental dose rate is an essential step in every luminescence dating process. The environmental gamma-dose can be either derived from the U, Th and K potassium concentration of the sediment subsamples in the laboratory or by in-situ measurements in the field. Laboratory measurements tend to become unreliable in case the infinite matrix dose assumption does not hold, e.g., due to sedimentary inhomogeneities. In-situ measurements with passive dosimeters, such as \(\alpha\mbox{-}Al_{2}O_{3}:C\), offer an alternative. To ease the data processing needed for such analyses we developed three new R functions:

Details on the usage of the function and a working example are shipped as package vignette with this release.

During the last couple of years, there has been a rising trend in rock surface-exposure dating applications. Even though the potential luminescence dating of rock surfaces was already recognised a couple of decades ago, the recent surge in dating applications was likely triggered by the important works of Sohbati et al. (2011, 2012a, 2012b). To accommodate for the new demand to analyse data from rock surface-exposure measurements we included the new function fit_SurfaceExposure, which allows fitting the models after Sohbati et al. (2012a, b) to the data. 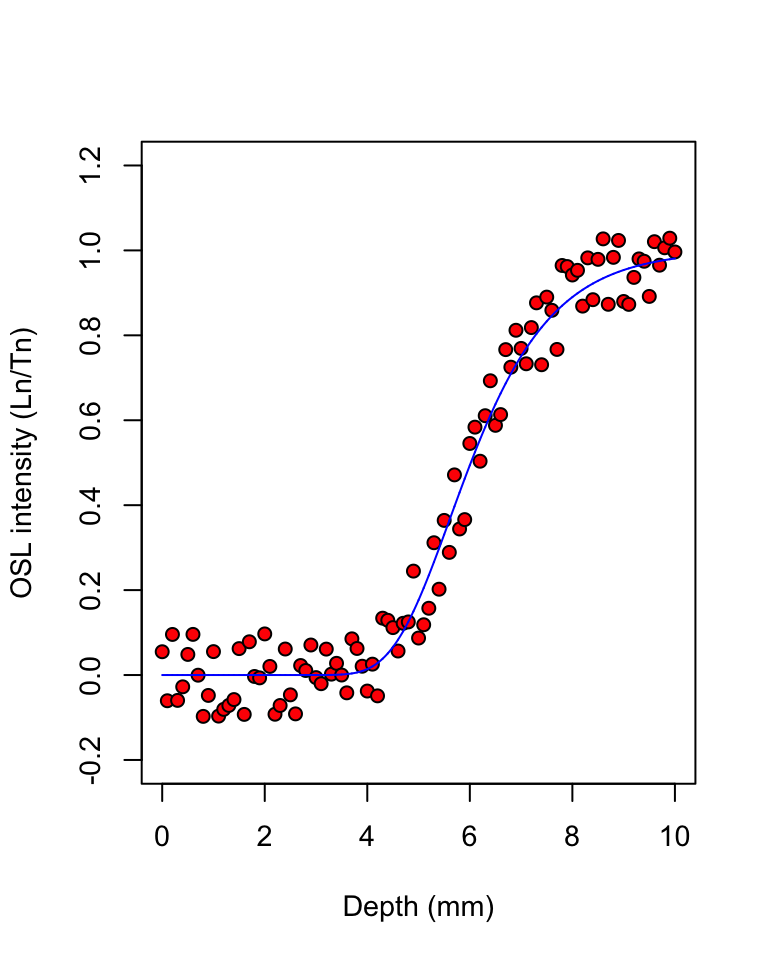 As seen in the example we also included a new (synthetic) example dataset (ExampleData.SurfaceExposure), which you can use to play around with the function without the need for own data. Note, however, that we regard this function to be still in its BETA phase. There has not been much feedback yet, and the integration of the dose rate after Sohbati et al. (2012b) was simplified (fixed dose rate term instead of it being a function of depth). For more information on the function and the data be sure to check out the documentation for ?fit_SurfaceExposure and ?ExampleData.SurfaceExposure.

The minimum age model by Woda and Fuchs (2008) is one of the very few proposed dose models which had not yet been included in the package. The idea behind this model is based on the approach by Lepper & McKeever (2002) and determines the dose, which is representative of the age of the deposit, by using a Gaussian equation to fit the data. The approach by Woda and Fuchs (2008) refines this model by fixing the centre of the Gaussian equation to reach a more robust fitting. How does it work? See below for a running example: 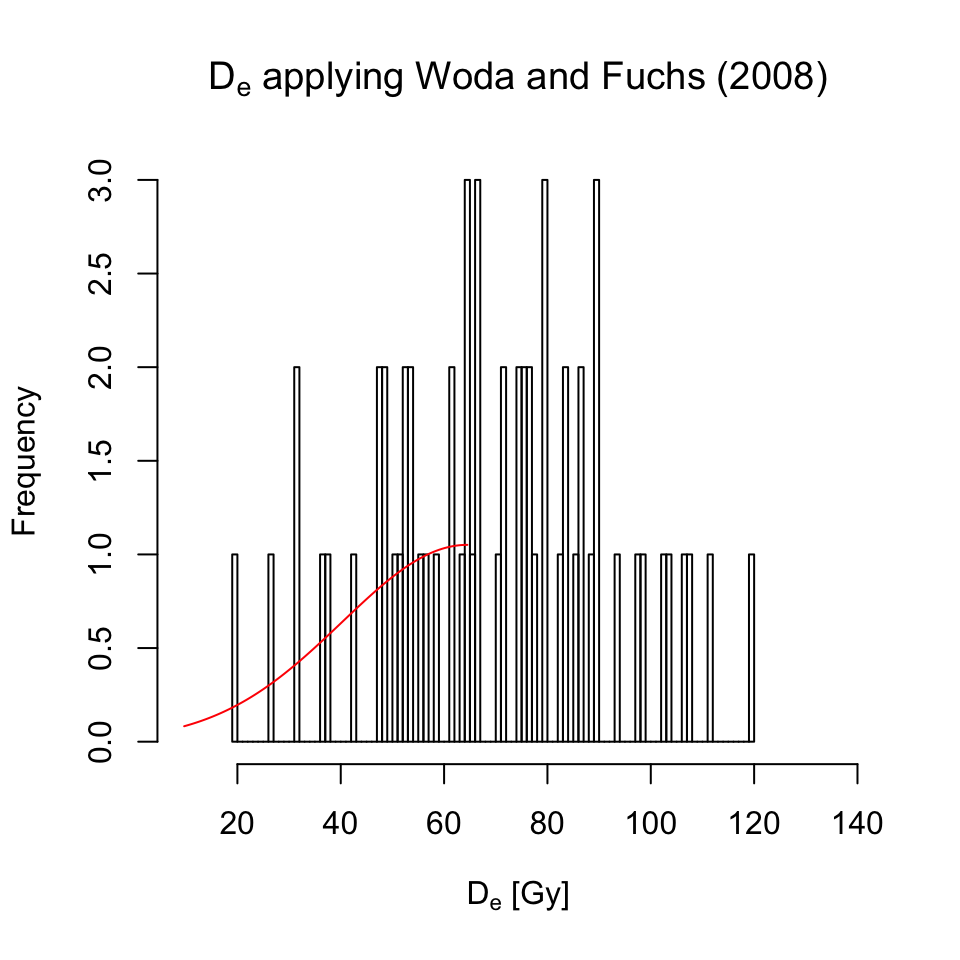 Sometimes it is the small things that make the difference and ease your life. In this release, we included two new helper functions you certainly don’t need every day, but which you may eventually use and value.

Gamma-spectrometry measurement results are sometimes provided in ‘Bq/kg’ instead of the ‘ppm’, which is usual reported in the context of luminescence dating. This function helps to quickly transform the numbers:

To date, the package supports a large variety of measurement formats and internally converts them to a common data format. This approach allows you to mix and merge data from different sources. Someday in the future, however, there is this one colleague who is not using R and who will ask you for the measurement data in the BIN/BINX-file format. Once data were imported into R, however, there was no way back; until today! The new function convert_RLum2Risoe.BINfileData() allows you to export your RLum.Analysis objects to BIN/BINX-files and to share them with your colleagues. How? It could not be easier: